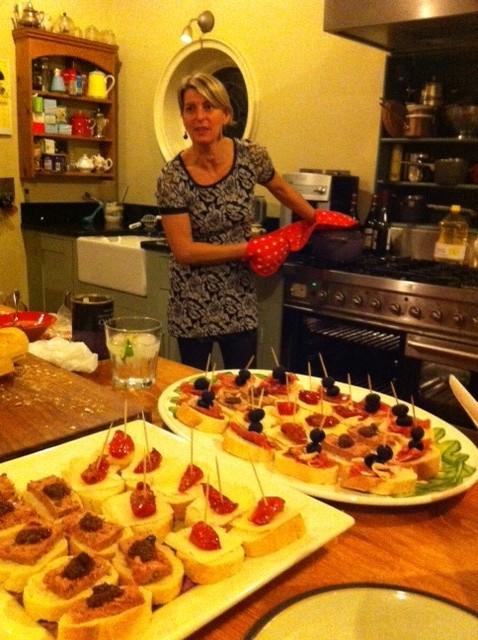 When my pal and I went to Barcelona we loved those little bread things with deli stuff on top. One evening we stopped for a Cava and munchies at a bar with the most fantastic display of what I think are called pinchitos. The deal was that you eat as many as you like and pay based on how many cocktail sticks are left on your plate, as each has a stick securing the delights to the bread. They brought out hot spicy sausage ones, pork and something ones and much more. Divine. I decided to have a go myself. Hot things were too tricky for me to tackle as I’d already committed to a beef and pepper stew and almond torte. So here is my display.

The general consensus was that they were very nice, but by making six each I hadn’t left room for the previously mentioned stew etc. No matter. I’ve got the idea. Next time there’ll be hot options. Pinchitos rule.