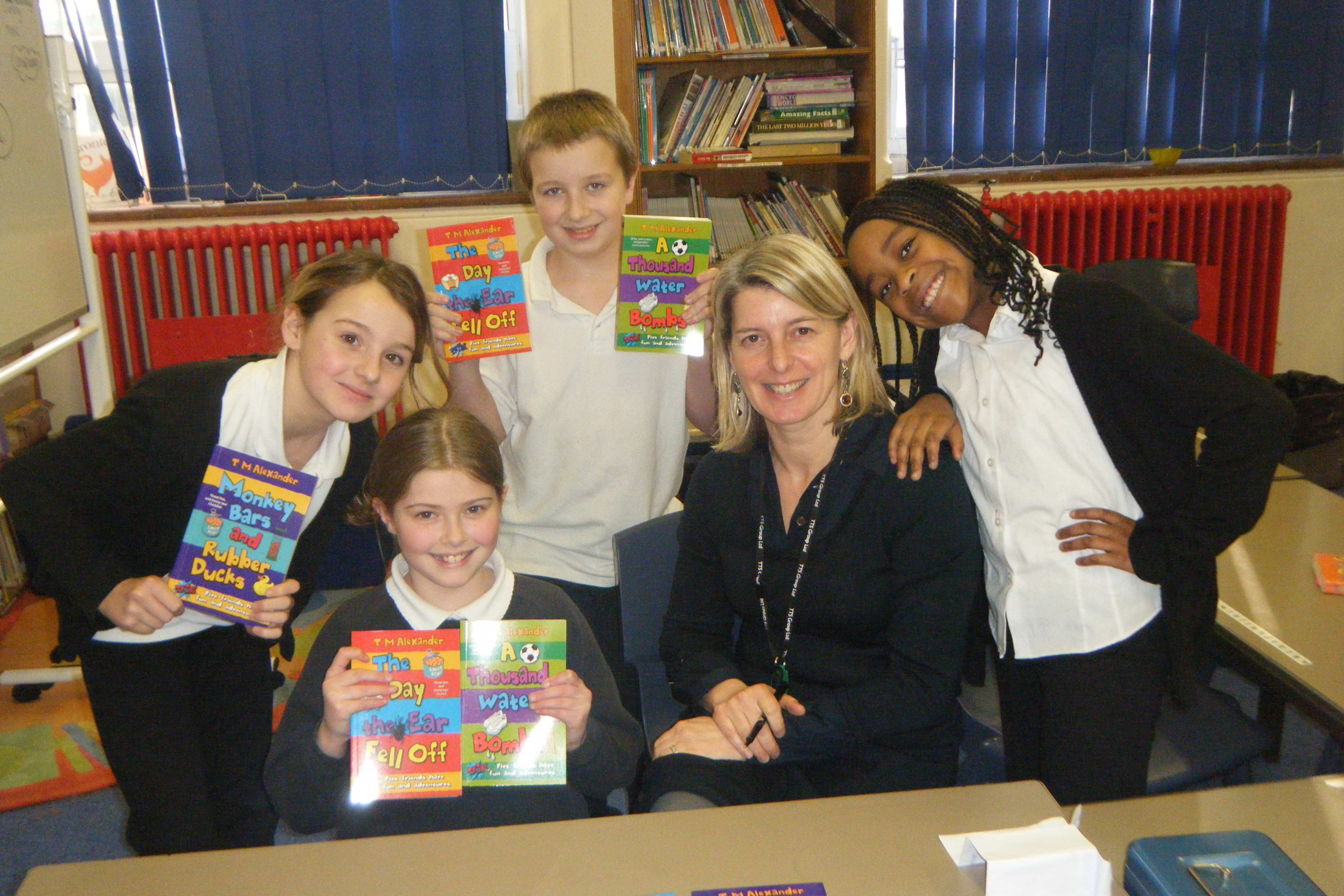 It was lovely to go back to St. Anne’s Park Primary and see the Year 4s that I worked with last year. It was as though we were old friends. I spent a whole morning working with 25 children on openings, dialogue and endings. All of the children, even those for whom it was tricky, summoned the courage to stand at the front and read their lines aloud. Each child developed their own story using one of the Tribe characters from my books. The only given was that the Triber had to go missing, the rest was up to them. I really enjoyed the morning as there was less frantic hurrying than there is in the usual TM Alexander storymaking workshops!