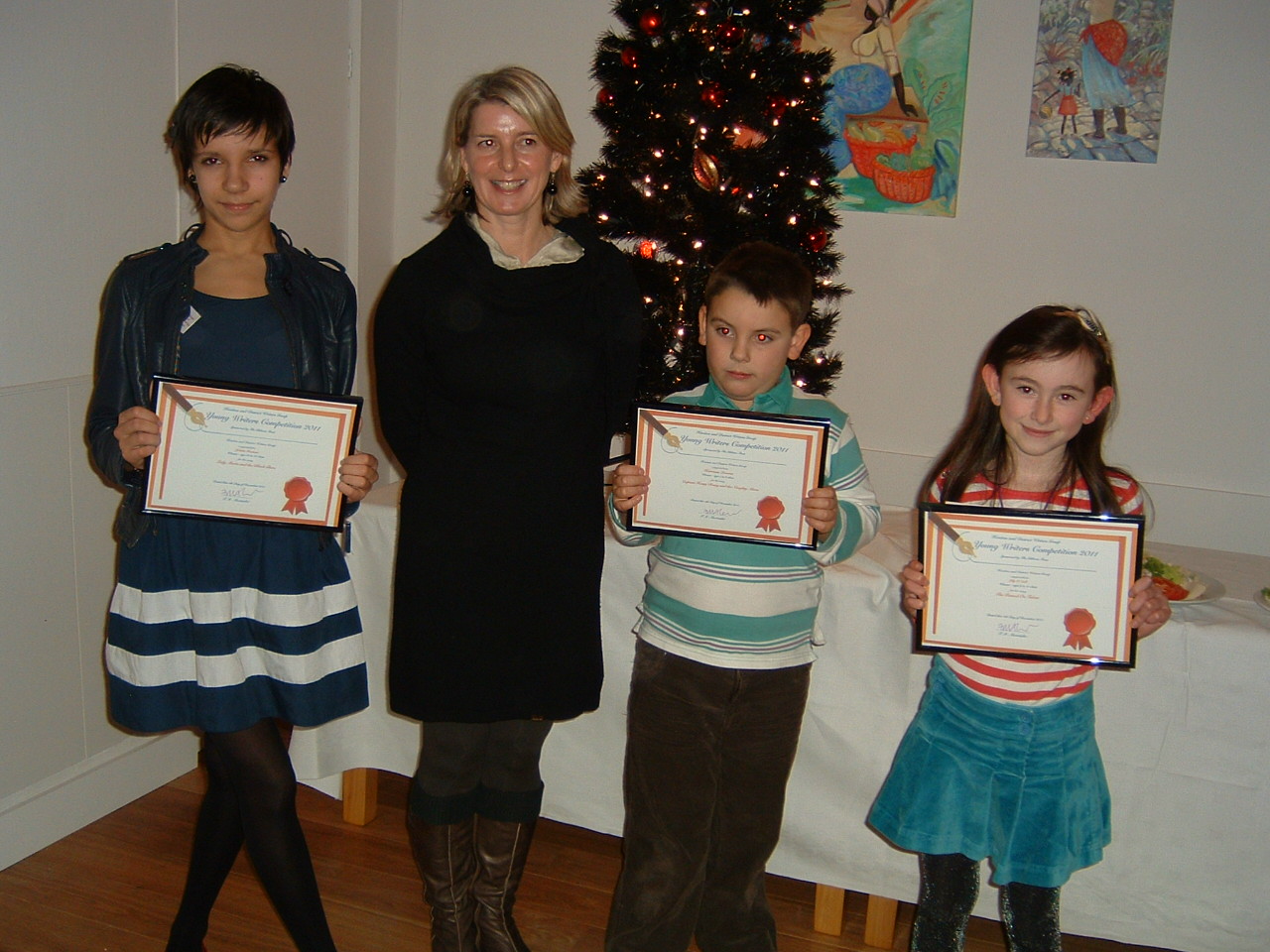 The Honiton and District Writers’ Group short story competition for children has been running since 2009, the same year my first book was published. So I like to think we’re in it together. I’ve judged all three events and enjoyed both the reading of the entries and  the presenting of the awards. The 2011 event was held on Monday evening at the “quintessentially English” Deer Park Country Hotel –  a charming, entirely hidden away venue in Weston, near Honiton. I was told by the organiser (the awesome John Carter, farmer, writer, very nice person, wearing an Irish weave waistcoat for the ‘do’) to be there for 6.30pm to get the Tribe books and certificates signed. I was on time. Unfortunately everyone else was early so the invitees had the pleasure of watching me concentrating on getting the names right while trying to keep up some sort of banter. You really can’t stand at the front of an audience and not speak, even if they are early. I read a little from each of the winning stories and you could see the crowd were very impressed by the ideas, the excellent openings, the clever structures and the dialogue. We had an evil clock, a wicked noblewoman with mysterious attire, an unexpected dinosaur encounter, goblins, a shed with a ghost, mermen, a spooky piano teacher, a monster and a dog called Bravo Plums. The children were very excited to have won a prize and seemed rather pleased to meet me as well, so that was a bonus. After the formal prize-giving, there was a buffet with everyone’s favourite – hot sausage rolls – and much more. I hope I talked to all the children and their families. I certainly had lots of photos taken which is the worst aspect as I can’t smile naturally, unless I do it naturally, if you get me. I met a champion swimmer, a chemist, an illustrator and a runner who’d just broken a record. I left with a bunch of flowers and the memory of another great evening with nine prize-winning authors, all between the ages of 8 and 14. I’m already looking forward to next year, John.